All Saints Parish Church is one of the most historic places in Ilkley, standing on the former Roman Fort of Olicana, a Scheduled Ancient Monument founded in 80 AD. When the fort was abandoned, Anglo-Saxon settlers reused the stone to build the first church on the site. 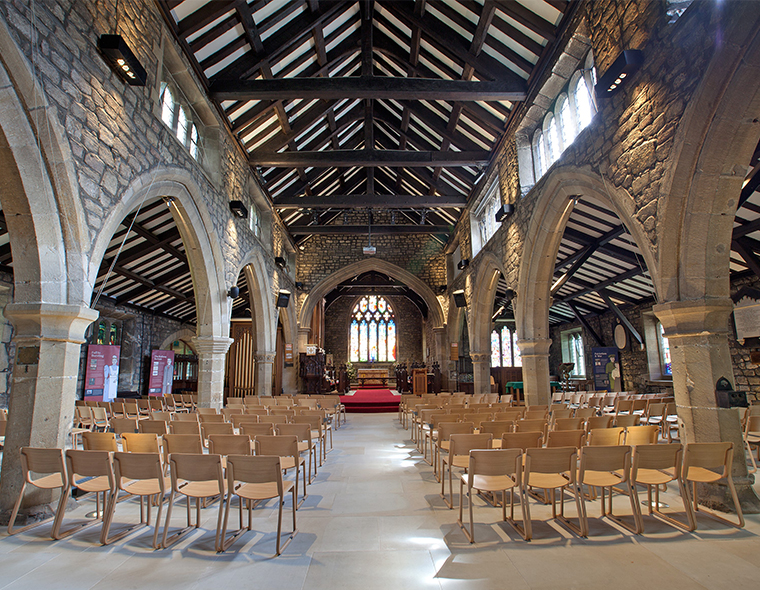 After pews were replaced with Theo Chairs

Tell us which products you would like to try and we will get in touch to arrange this.
*Free to UK mainland only. Elsewhere, charges may apply.